We are always trying to find new at home activities for our children, to keep them busy and interested as well. Dikale 05A Drawing Printing Pen with OLED Display 3D Pen for Kids is a high quality pen for modern crafts.

The pen is about 186 mm in length, and 36.6 mm in diameter, with a weight of 72 grams. The design itself is very attractive to children, since it has the appearance of a cat. 0.6 mm nozzle allows children to make precise drawings and creations. The operating system is 170 to 210 degrees Celsius, so it is very important that children do not touch the nozzle when using it. The nozzle itself can be replaced in just a couple of short minutes, if needed. Operating with this pen is extremely easy. One just needs to press on the “ < “ button, then on the “ M “ button to select filament mode and then confirm it. Once that is done, they can choose the speed, load the pen and start drawing. If the pen is not used for more than 10 minutes, it automatically shuts off, to keep children safe. 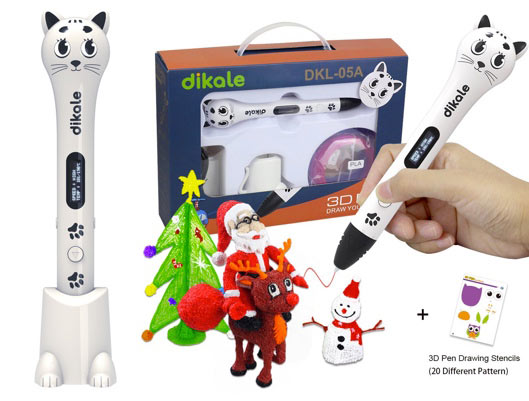 OLED screen on the pen, clearly shows the temperature and the speed that is being used. The package includes two different 6.1 mm trial filaments, as well as twenty patterns and stencils for children to follow along. What is great about this pen and filaments is that it is made out of PLA instead of ABS. When PLA melts, it does not produce toxin and odors. Many other pens, unlike the Dikale use ABS material. 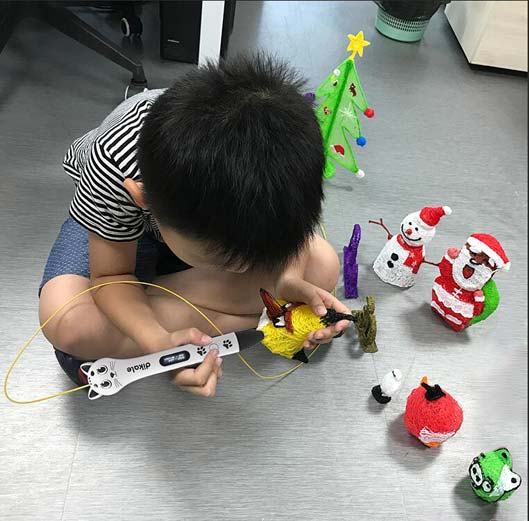 For full convenience, the pen itself is made to be charged with a USB cable. With that being said, one can even charge it via a power bank, so that children can take their pen wherever they want.

There are sales going on for the Dikale professional 3D printing pen, so it sure makes a great present. For a more detailed review on how to use it, different ideas and more, you can find videos on Youtube.

Dikale professional 3D printing pen is a fun and a much enjoyable item for children. It helps them be creative and make their own toys, just the way they want them to be! 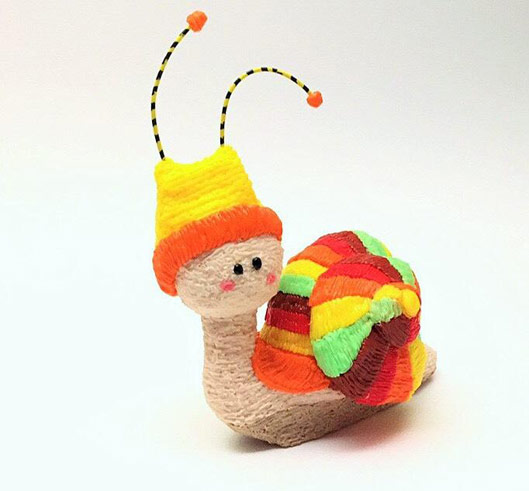