Earlier, we’ve reviewed several HDMI devices from the company DotStone. However, most of them usually work the same: there are 1 input and 2 or more outputs to transmit video and audio to multiple screens. But what if you have only one TV set at home but you want to connect several devices to it? In this case, you’re gonna need a more functional splitter with more inputs. Thankfully, DotStone has another product. It’s called PIP 4-Port HDMI switch and it’s excellent. 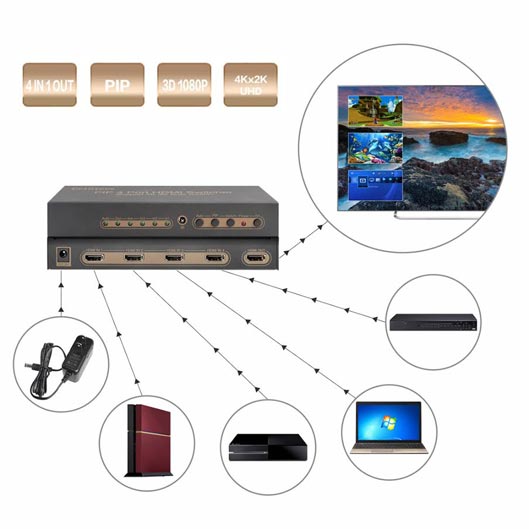 
In terms of functionality, this device is a highlight of the DotStone’s line-up. Along with regular functions, it’s equipped with features that you wouldn’t normally see in an HDMI switch. But why does this device worth our attention?

Firstly, the switch is equipped with 4 inputs and 1 output, so you can connect 4 different devices and transmit the video onto one screen. The switch provides baud rate up to 9Gbps – no problem with signal transmission. But if 4 devices are all played on one screen, how do they fit there? That’s where the trick lies – this HDMI switch has a PIP (Picture in Picture) mode. Basically, you’re watching video on a big screen with 3 little screens in the corner. Of course, the audio works only for the main picture but you can easily switch between screens with a single button press.
Important note – the PIP function works only if input devices have resolution not higher than 1080p. It’s still quite impressive but 4K video won’t support PIP. 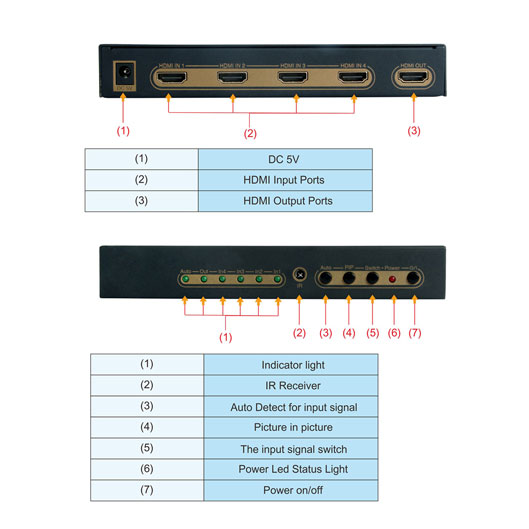 Secondly, this DotStone switch is extremely versatile. As long as you have a device, that plays video, and an HDMI cable, you can connect the device to the switch and translate video on an HD screen. The range of compatible appliances is very diverse: PCs, all-in-ones, laptops, Google Chromecast, any gaming console (Xbox 360, Xbox One, PS4), DVD or Blu-ray players, TV boxes, all kinds of TVs, and so on. In fact, if you have necessary cables, you can even use smartphones or tablets. 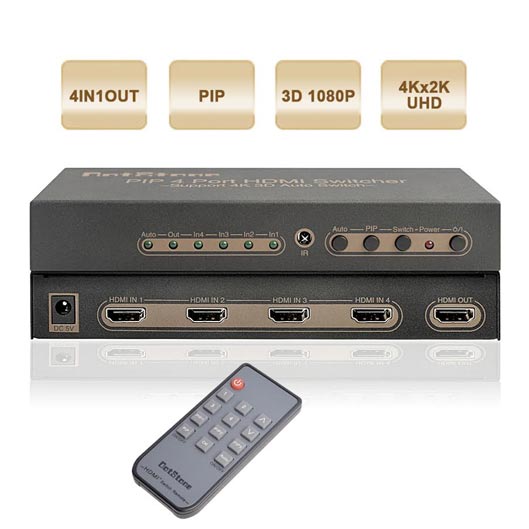 Speaking of resolutions, the switch supports many different kinds. You can easily connect a smartphone with a HDMI-to-microUSB cable and transmit 480p video but there’s nothing better than Full HD or even 4K. Luckily, the DotStone switch copes with all of them very well, including even 3D.
As for the audio, even the keenest professionals would appreciate its quality. All top audio formats are supported whether it’s Dolby-AC3, DSD, LPCM 7.1, DTS or DTSHD. That’s why this switch is perfect for setting up a home theatre – you can plug a Blu-ray player in, put on a movie, connect two speakers for the most luxurious audio performance ever and enjoy the spectacle.

Thirdly, the switch comes with its own IR remote control. The remote has a range of 45 feet, which means you won’t have to get up from a couch to control the image on a TV. If you want to turn on/off the device or switch between the different devices, just point the remote, press the button and the job is done. Of course, there are all these buttons on the switch itself but it’s much more comfortable using a remote. 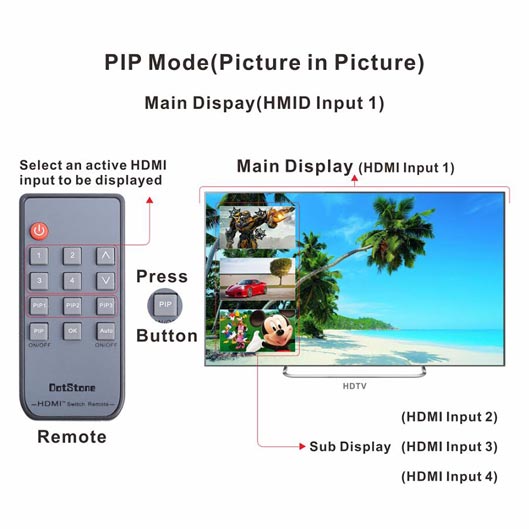 So, this PIP 4-Port HDMI switch made by Dotstone is a fantastic and helpful device with great capabilities. Whether it’s used at home, at the electronic store or anywhere else, the switch performs well. The PIP feature is especially interesting, as it allows users to see other screens as well.

If you’re looking for a functional HDMI switch, check out DotStone PIP 4-Port HDMI switch on Amazon store.
Also, following its customer-friendly policy, the company offers an 18-month warranty in case users have any problems with the product. 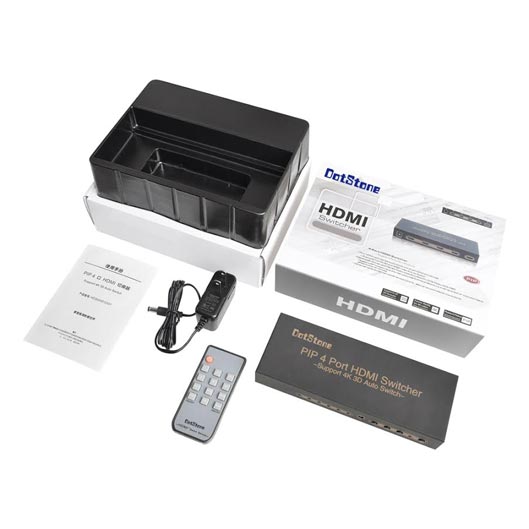