Just recently, Samsung announced the release date of their new phablet Galaxy Note 8. The device will be presented in New York on August 23, and it will be a full-featured smartphone. Just like Galaxy S8, Note 8 will be integrated with the Samsung’s voice assistant Bixby. Apart from that, the assistant will be built in other devices, like a smart speaker or wireless headphones.

As for the latter, there is a bit of insider information. According to this source, Samsung is currently working on its own wireless earbuds that will be a competitor to AirPods. The headphones will be quite small fitting right in the ears. Along with Bixby support, the device will be integrated with Bluetooth 5. Among other known details, we know that the headphones will feature a great noise cancelling system.

Apparently, new headphones will come in a set with the new smartphone Note 8. Right now, it’s not known if the headphones will be sold separate from Note 8 as well. Also, the price is yet to be revealed. 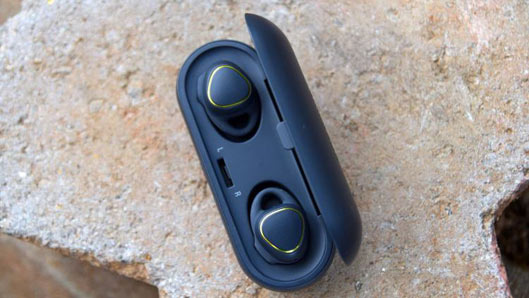