The rumors about Samsung making a flexible smartphone have been going around the Internet for quite some time. The device even got the code name Galaxy X but there were no official announcements. Now, there is a development – Samsung filed an application to the National Radio Research Agency (RRA) in South Korea in order to certify the flexible smartphone.

The device has the model number SM-G888N0 (“N0” in the name means that the device is intended for the domestic market). Interestingly, in April the same smartphone was certified in the Wi-Fi Alliance, and in August – in Bluetooth SIG. The fact that it appeared in the RRA database means that Samsung is ready to release this smartphone.

Earlier this month, the president the Samsung’s mobile department Koh Dong-Jin said that the company would release a smartphone with a flexible display next year and it will be a part of the Note line-up.

Until now, there is no information on how the smartphone will look or how it will bend. According to reports, at the end of the year the company allegedly will produce the first prototypes. Then, we can expect the first leaks and photos of the device. 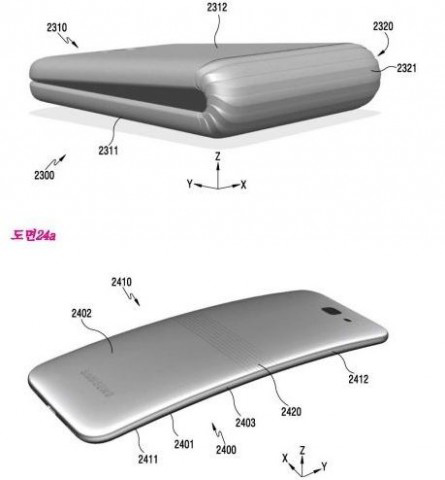