Another interesting project has appeared on Kickstarter and already available for purchase online. This flying gadget will especially please numerous selfie lovers around the world and it’s one of the best Mini Drone Selfie devices. A start-up from Italy is raising funds for a selfie device, called AirSelfie Flying Camera. Here is our review. Basically, it’s a small flying drone that allows its users to take pictures from the best angles. 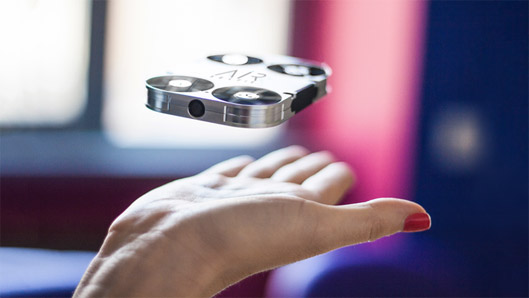 The device is very compact. It weighs only 52g and fits in your hand. AirSelfie can be carried around in special smartphone case from the same company. The case has a built-in battery for charging the drone. The battery can charge it 20 times, which is enough for an hour of flying.

The device is controlled from your smartphone with an AirSelfie app. The app is available for free for iPhones and Android smartphones. The connection is made via Bluetooth or Wi-Fi. After the launch, AirSelfie flies in the air due to its 4 propellers. The camera on the drone has 5 MP and a stabilization system.

All the photos will be saved on the 4GB micro-SD (included). The drone is powered by a 240mAh battery. Last but not least, AirSelfie is fitted with a gyroscope and accelerometer for maintaining position while flying.

AirSelfie has already stormed Kickstarter with major success – the project has collected almost 415 thousand euros (10 times more than required). To learn more about it or pre-order the device, visit its Kickstarter page. 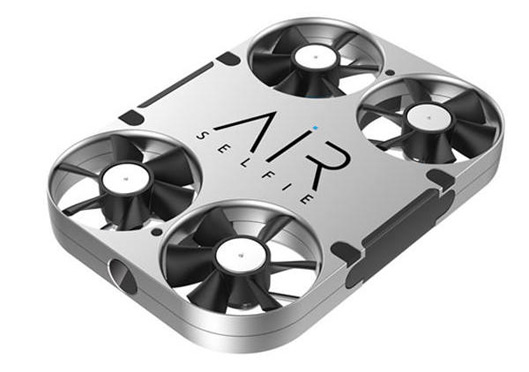