Unmanned aerial vehicles or simply drones are a relatively new invention. Only five years ago, we couldn’t possibly imagine that they would become a part of our life. Of course, they are from smartphones in terms of popularity but there’s no doubt that drones are making a tech revolution.

Today, drones have found applications in various areas. Film directors and operators use them for shooting movies from big heights, emergency services – for investigating dangerous areas, online stores – for delivering ordered products. But most drones have two things in common: they have a camera and they are fun to operate. That’s why regular people love drones too. Just for these people, we’re about to review interesting gadgets that will demonstrate that drones can be different. Here are two of the best Budget Camera Drones That Follow You.

The first gadget that we’re reviewing is GoolRC T37, a small, compact quadcopter with one particular specialization – selfies. The T37 comes in a little and practical form factor. In fact, the quadcopter can fit easily in a palm of your hand or in a jeans pocket. Besides, this gadget has a foldable design – 4 propellers have to be taken out of their slots make the drone work. But the real magic begins as soon as these propellers start spinning.

The main application for the GoolRC T37 is being your personal selfie assistant. The drone is equipped with an HD 720p camera which takes beautiful shots and records high-quality videos. With this little buddy, you can find a selfie angle that you would never be able to reach. Most importantly, although the quadcopter is literally floating in the air, it’s capable of making every picture clear and bright. 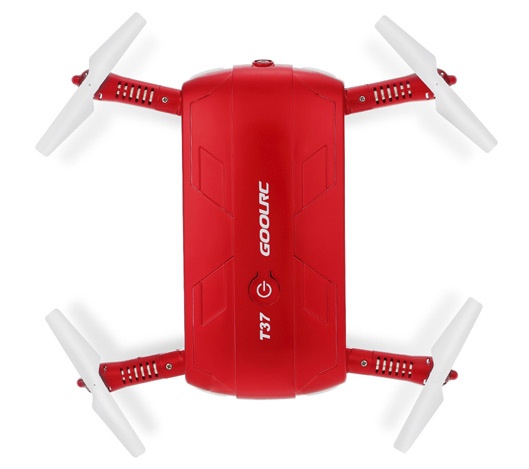 Thanks to the built-in barometer with the altitude hold feature, the T37 maintains stability during flights, and the 6-axis gyroscope, fitted with self-stabilization technology, contributes to even better quality. All the best moments and memories of your life will be captured in their brightest colours. 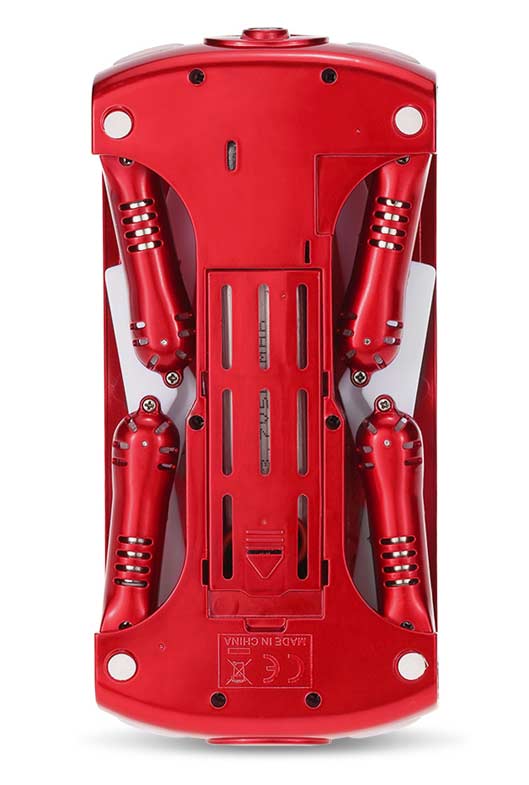 Operating the T37 isn’t complicated at all. Obviously, a smartphone serves as a remote controller here via the accompanying app. Even beginners will be able to fly this device without difficulties. Another thing is a headless mode – in case you lose orientation, the drone won’t fall down, it will continue hovering above. And once you master the controls, you’ll be able to do various tricks, like 3D flips and rolls. That’s how your personal selfie drone can bring a bit of fun and entertainment. 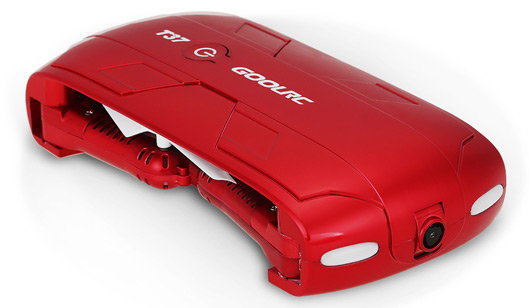 Now, we’re coming to the second device in our 2-part review and this one is a bit more sophisticated. It’s called FQ777 FQ02W and it’s quite different from the T37. The biggest difference is the looks – the FQ02W is far from being a pocket device. Yes, it also has a foldable design but even in the folded state, it’s not very little. However, it’s hard to argue that the FQ02W looks incredibly cool. Basically, it’s like your pet transformer that can also fly.

Other than the looks, this drone isn’t that different from the previous one. Its main applications are the same: photo/video and entertainment. But this isn’t a selfie drone – it suits more for video surveillance. An HD wide-angle, high-precision lens delivers well-detailed picture even from a distance. Obviously, it can take photos but it isn’t the strongest suit of this drone. The stability of flight and the quality of photos and videos is ensured by a 6-axis gyroscope, similar to the T37. 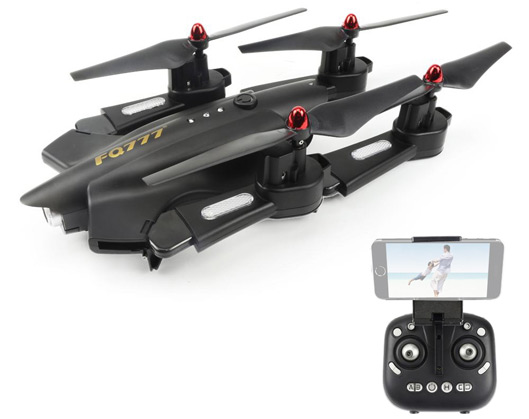 As for operation, the FQ02W has special transmitter with an integrated holder for smartphones and tablets. That way, you can see the footage from a camera in real time during the flight. The FQ02W has the same altitude hold and headless mode features as the T37 but it’s packed with a few more, like one-key take-off or one-key return. As a result, operation becomes even easier. And the transmitter has a button just for 3D flips if you’d like to have some fun. 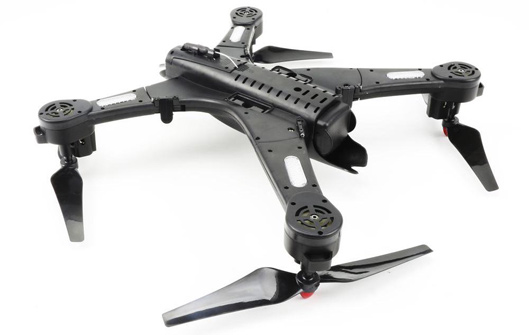 All in all, these two examples of popular drones show demonstrate their diversity, so users need to base their choices on what they want. The GoolRC T37 is an agile gadget with a better camera but it’s mostly a selfie accessory. Besides, its flying time only reaches 8 minutes while the FQ777 FQ02W goes for 10 minutes. The latter also has more control features and is good for video surveillance but it’s rather bulky and its camera isn’t exactly the best. Nevertheless, both of these drones cope with their tasks well and bring plenty of joy to their owners. That’s what drones should do. 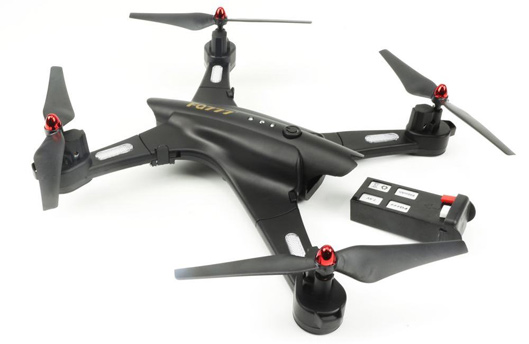