Virtual reality is one of the biggest technology trends right now and huge companies spend millions developing this sphere. However, not so much attention is payed to augmented reality. AR is presented on the market only with Microsoft Hololens. But now, there’s another interesting project from Avegant.

This startup showed their AR headset. The prototype doesn’t look particularly elegant but still has great functionality. The device is quite bulky and connects to the power source with massive cables. Nonetheless, engineers at Avegant put a lot of good work into this headset to create perfect mixed reality experience. The whole working principle is clearly demonstrated in official video about Avegant. 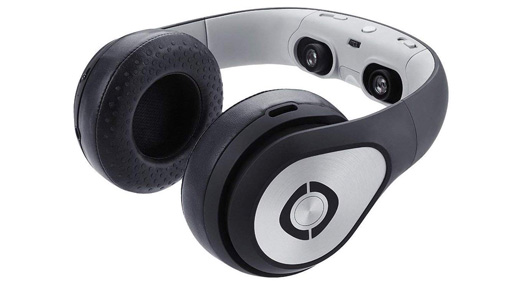 The design of Avegant is similar to Hololens but still not so fully-featured. But this is temporary – manufacturers plan to improve the headset, so that Microsoft would soon have a real competitor on the market.

So far, there are no exact dates or announcements concerning this startup. In any case, it is fantastic that Microsoft will have some competition which will stimulate the development of AR.