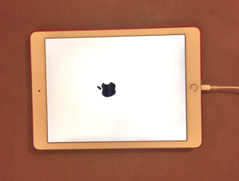 Until recently, many internet sources were confident that Apple would introduce its new tablets as part of the spring presentation. However, the Cupertino company showed only one iPad without holding any presentation. Later, it became known that the announcement of new tablets could be postponed to May-June. The other day, this information was indirectly confirmed.

The similar prediction was made by a well-known KGI Securities analyst Ming-Chi Kuo. According to him, a new 10.5-inch iPad will be presented during WWDC 2017. Also, at the same event, Apple should also present a Siri-integrated smart speaker.

Ming-Chi Kuo did not make any predictions regarding the functionality of new devices. However, many people expect something innovative from Apple. For example, a 10.5-inch iPad is rumoured to be equipped with a bright, frameless display. As for the speaker, it will feature a convenient system of interaction with the voice assistant and a rather wide range of capabilities.

Lastly, in addition to the new devices on the upcoming WWDC 2017, Apple is going to announce iOS 11 and macOS 10.13. WWDC 2017 opens on June 5 and we’ll try to keep the readers informed about the news from the conference.

The Era of MP3 Is Coming to the End