In 2012, it was reported for the first time that Apple engineers were working on a technology which could place the multitouch interface not only on flat screens but on any surface. 5 years have come but we haven’t seen any advancements in this sphere. Thankfully, this technology hasn’t been forgotten.

According to a new patent from Apple, the company is still developing this interesting novelty. The patent describes so-called multitouch skin. The functionality is really what it’s supposed to be – it can be positioned on any surface, for example, a car steering wheel, so that users could operate certain car functions. Another example is a school globe with multitouch support. In this case, it looks like a spherical touchscreen display which is controlled by users’ fingers.

Apple representatives say that this technology can be integrated in smart keyboards, gaming consoles and other devices. In the future, you may actually be able to turn on an iMac with a slight finger motion on its body. Obviously, this technology isn’t coming out tomorrow but it’s encouraging to know that the most renowned tech company in the world still has a couple of aces up their sleeves to surprise customers. 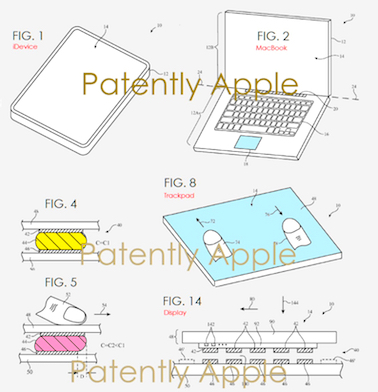