It’s no secret that Apple is engaged in many different tech areas – from mobile devices to automotive industry and medicine. At the same time, the Cupertino company is constantly in search of new promising directions. This can be confirmed by various patents. The information about them often appears on the Internet and causes discussions.

For example, it became known that Apple patented clothes with built-in electronic sensors. According to the details in the patent, engineers from Cupertino want to weave into the fabric miniature components that will allow users to control mobile devices from a distance. 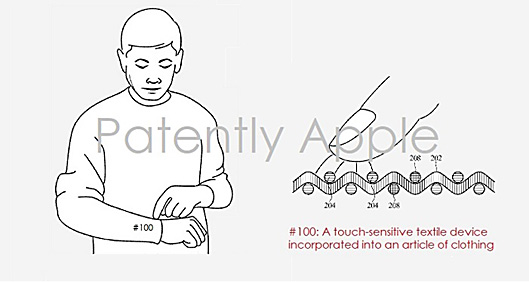 It’s worth noting that in the future various smart functions can appear not only in clothes, but also in bags, purses, accessories and even furniture. The authors of the patent claim that all this can be achieved with a special hi-tech fabric. The Apple patent looks like one of the first steps to realization of this concept.

However, we shouldn’t think that smart jackets or a sofa with a built-in control panel will come out tomorrow. Even if Apple seriously focuses on the idea described in the patent, they will need at least a few years to create the first samples.