Alexa for iOS Launched by Amazon on iPhone

The Amazon’s voice assistant Alexa is featured on many different devices. But now, it’s coming to another huge platform – Alexa for iOS has been officially launched by Amazon on iPhone.

Actually, Alexa has already been on a smartphone from third parties but this is the first time when the initiative comes from Amazon. Alexa will be accessible to all iPhone users with the official Amazon app. This is great news for anyone who already has Alexa-integrated devices, for example a smart speaker Amazon Echo.

Once the user opens the amazon app, he has to tap the microphone icon to activate Alexa. Its functionality is similar Amazon Echo. Users can ask their smartphone to answer trivia questions, tell news or weather, control other smart home devices, make purchases, and so on.

Unfortunately, this has one disadvantage. Being a more versatile and multi-purpose assistant, Alexa can’t replace Siri on iPhone. The Apple’s voice assistant is integrated straight into the operating system. It means that all Alexa fans will have to open the Amazon app every time they want to use the Alexa.

In any case, Alexa is becoming a real contender to other voice assistants with its convenient and efficient network of smart home devices. 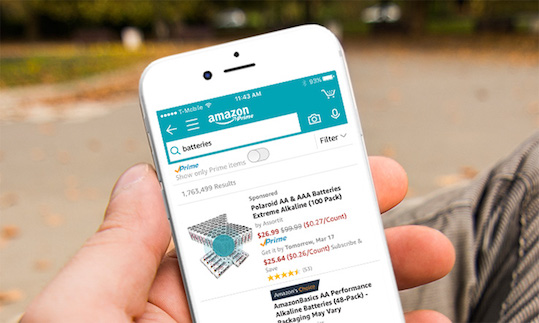