If you have some problems with software on iPhone or iPad, it’s possible to connect them to a computer and restore everything. Unfortunately, it can’t be done with Apple Watch. They are updated via wireless networks and you’ll have to bring them to a service centre in case something wrong happens. But MFC found another solution.

It’s called iBus Data Cable and it’s a small adapter that allows users to connect Apple Watch to a computer. Every Apple Watch has a concealed port in a place where the band is attached to the body. It means that any malfunctions can be resolved with the connection to a computer. 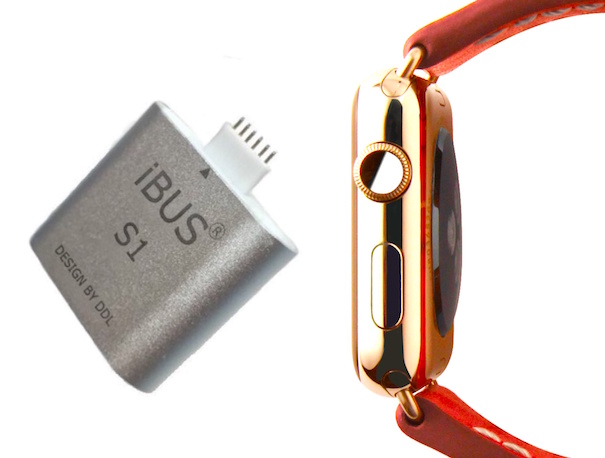 iBus Data Cable consists of two parts: an adapter itself and a pilot pit for connecting to an Apple Watch port. This accessory supports iWatch restoring, software repairing and iWatch Glass Digitizer touch programming. Plus, users can down- or upgrade watchOS on a smartwatch. iBus Data Cable works with macOS or MFC Dongle. In case you have some serious problems with AppleWatch software, this accessory can serve you well.