An annual consumer electronics show IFA always attracts the best brands around the world. This year, the fair opens on September 1 but some companies already introduced their novelties. One of the highlights of IFA 2017 was brought by Acer – the company presented Predator Orion 9000 – the most powerful gaming PC in the world. 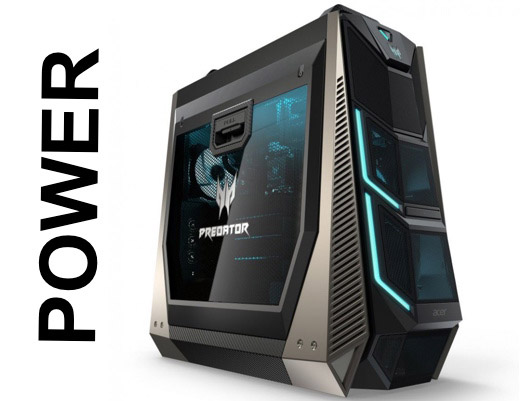 According to Acer representatives, the device can easily tackle VR apps and games in 8K UltraHD. As for the specs, the top version of Acer Predator Orion 9000 is powered by a Intel i9 processor with 18 cores, 128GB RAM and several graphics cards: two NVIDIA GeForce GTX 1080 or four AMD Radeon RX Vega.

All this power needs a proper cooling system and Predator Orion 9000 has one and it’s based on liquid cooling. Plus, the computer features Acer IceTunnel 2.0 technology for controlling air under the body. In fact, there is room for 5 fans for direct airflow through several separate zones in the system unit.

Acer Predator Orion 9000 comes out in November and its prices start at $1999. Apart from this top-notch PC, Acer introduced other devices, such as the curved monitor Predator X35, the all-in-one Aspire S24-880, new laptops (Swift 5, Chromebook 15) and transformers (Spin 5 and Switch 7 Black Edition).